At Brandwatch (a B2B online monitoring start-up) I founded a media brand called Brandwatch React. It had a fascination with data and a genuine love of current affairs, news and pop culture.

By another name, this would be called ‘content marketing’. It enjoyed a fair deal of success and attention, and enlisted the talents of developers, writers and designers across the company.

All my articles can be found here.

Below is a selection which highlights the variety of the topics we covered.

END_OF_DOCUMENT_TOKEN_TO_BE_REPLACED

I was hired as a founding reporter for a Kickstarter and Early Access focused site called BitPulse. I emailed, called and scooped for stories every day for this under-reported (we think) side of the industry.

I’ve since had to take a step back, but will be returning to the site in a video-only role.

You can view all my posts here.

Here are some of my favourite posts:

Interview: Developer Fred Wood on how to fall in Love.

Review: Love tears out your heart, dares you to win it back.

News: Aderyn’s Cradle continues through fundraising failure: “We plan to launch another Kickstarter”

Some people at Ubisoft Massive were enough to answer a few questions about a snow-dusted, apocalyptic behemoth of a game The Division. Full words below, but be sure to check out my video on the subject.

It’s been said your goal is to create “the most detailed NYC ever seen” – how are you working with source material, artists and the new technology to make this?

Having the most detailed NYC is definitely our goal; that’s what we’re working on achieving right now. We want to show the “real NYC”; as it has never been shown before in a game. New York City is so diverse and we want people to feel that when they explore the environment.

For example, to create this “true NYC”, we have been putting a lot of effort into gathering meaningful reference, data and any information that will help realize our vision. We film, take pictures, record sound; going so far as to create mathematical models of resonance data based on real locations. This way, when you’re in our game, you will really hear and feel what it’s like to actually be there.

Of course, we still have to take into consideration the experience of our gamers to make it as fun as possible; finding the right balance between realism and a compelling game experience.

Are there different approaches/gameplay styles players can take to missions?

We are giving a lot of freedom to the players so they can decide who they want to be and how they play. Players will decide what the best solution is; “should I charge the front door because I can take some hits? Or stay at range because that’s my strength?”. Players are free to adapt their skills and play-style to the situation. But more than that, our team is focused on creating a game where each player can have their own unique experience.

Does the Division reward co-operation between players?

Co-operation between players is something that’s really important to us. Playing co-operatively will allow for a lot of synergy between team-mates where the “whole” becomes greater than the sum of the parts. Because it’s so easy for our players to change skills, there will be a vast range of tactical opportunities.

What is the hardest challenge developing a game like the Division?

Obviously, the size and complexity of the city is a huge challenge in of itself – but it’s awesome to be part of the team that’s making this possible. That’s also the reason we created Snowdrop; so we can  build this vast, diverse and dynamic world in a very efficient way. We want to push ‘Next-Gen’ to new limits.

By the end of my fifty-second round of Super Avalanche, my wrist is cramping up, I’m visibly shaking and I’ve got a big, stupid grin on my face. I’m ready to go again.

Endless runners and endless climbers always create a peak of rectum-clenching tension when you’re on your streak of seemingly impossible near-escapes. Yet, most will lose their grip after logging an hour or two of play time. Super Avalanche is different, it’s in for the long haul. With RPG-style upgrades and inventory management, calling this bouncy package of fun an ‘endless runner’ might be underselling it.

END_OF_DOCUMENT_TOKEN_TO_BE_REPLACED

Originally written for The Elektrospank

Rich Edwards is no stranger to fast, over-the-top shooters with a penchant for explosions. 2012’s Pineapple Smash Crew threw a handful of highly volatile munitions into a pot, mixed it in with some squad-based assaults, poured it out into a series of retro-styled intergalactic arenas before garnishing with a soundtrack full of the kind of thick, multi-layer chiptunes to drive marathon murderin’ sessions.

END_OF_DOCUMENT_TOKEN_TO_BE_REPLACED

Review written for GamesReviews.com. Read it by clicking here. It wasn’t a very good game. I think 6 was a little generous, and I certainly wouldn’t urge you to ‘rent it’.

“For a couple of pounds more than a burrito, it’s a tasty morsel of personality – but prepare yourself for a challenge – 9/10”

Guacamelee review published on Official Playstation Magazine’s website and in the June’s print edition. Pick up a copy or read it online by clicking here.

“…more rewarding than any Sudoku or Crossword puzzle when you find the consistency in the universe’s warped rules.” 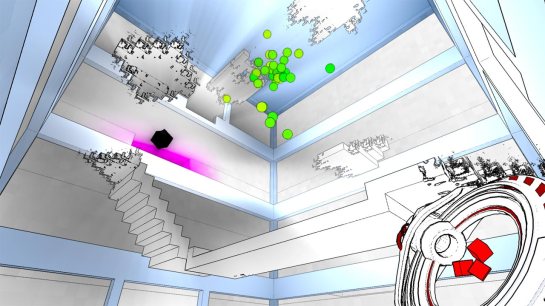 ANTICHAMBER is like walking around an Escher painting: endless, confusing and terrifying at times. Yet, in doing so, you gain an intimate understanding of the twisted logic that defines the space.

When you start, you’re dropped in a stark white room with a chasm between you and a black sign. “Jump!” reads the bright pink text ahead of you. In any other game, this would be a predictable and familiar way of teaching players the jump mechanic. In Antichamber, trying to jump the gap will land you at the bottom of the pit – but a sign reads “failing to succeed does not mean failing to progress”.

END_OF_DOCUMENT_TOKEN_TO_BE_REPLACED

What happens when development goes wrong? We take a look 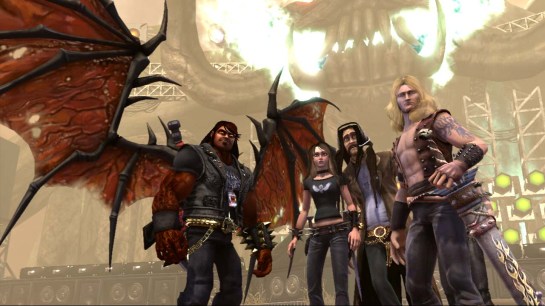 For Official Playstation Magazine’s website. A gallery feature looking at games with extraordinary development times which escaped cancellation. Find it by clicking here.

“Oh, so this is where we go to get the cocaine,” says Aaron Barrett as he flips through the latest issue of Exeposé.

Lead singer and only founding member remaining in the pop-punk-ska ensemble responsible for the up-tempo condemnations of the record industry Sell Out and Everything Sucks, he’s walked into the room halfway through the interview, followed by a tall, heavily made up, blonde embodiment of the rockstar lifestyle.

Matt Appleton, the group’s newbie sax player, also paws through the scandalous issue. “Does it tell us anything about where the marijuana is on campus? I’m looking for that too.”