At Brandwatch (a B2B online monitoring start-up) I founded a media brand called Brandwatch React. It had a fascination with data and a genuine love of current affairs, news and pop culture.

By another name, this would be called ‘content marketing’. It enjoyed a fair deal of success and attention, and enlisted the talents of developers, writers and designers across the company.

All my articles can be found here.

Below is a selection which highlights the variety of the topics we covered.

For our activities over #GE2015, Brandwatch React was nominated for UK B2B PR award, being covered multiple times by all major national publications.

Email: One of our wonderful newsletters

#IVoted: Tweets from voters are pouring in around the UK. This is democracy: http://t.co/fp3ZgWtazL #GE2015 pic.twitter.com/CsQJWZSmfM

This article got the front page of Reddit when it was published, and it keeps ending up there. I’ve noticed the comments get more sympathetic towards Mr Trump over time.

Article: ‘More People Tweeters Want to Fight Donald Trump Than Vote for Him’

This isn’t the most cutting-edge journalism, but it made some nice visualisations.

Article: Everything you need to know about Glastonbury 2015

Tech fans tweet far more frequently than everyone else. It makes for great investigations. 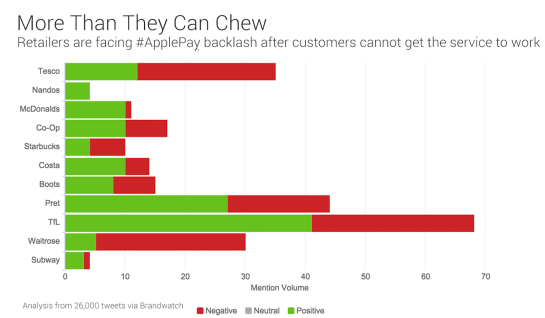